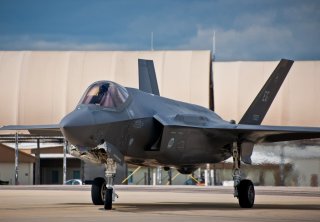 Here’s What You Need to Remember: Pilots have expressed a high degree of confidence in the F-35A fighter jet.

Air Force Gen. Herbert “Hawk” Carlisle, former commander of Air Combat Command, in 2016 declared the F-35A fighter jet ready for combat. While many pundits and politicians have questioned the worth of this jet, the only people who know the ground truth are the pilots themselves.

Quite a few U.S. pilots currently have been trained to fly Lockheed Martin’s F-35A Lightning II. The Heritage Foundation interviewed 31 of these former F-15C, F-15E, F-16C, and A-10 pilots.  Each expressed a high degree of confidence in the F-35A, their new fifth-generation platform.

The biggest single factor in keeping the program on time and under budget is effective, stable leadership. That leadership is now in place and the United States is on the precipice of delivering arguably the freshest, most advanced fighter technology ever fielded.

This article is being republished due to reader interest. It was originally published in The Daily Signal.