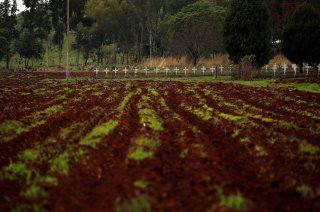 One of my earliest memories is of violence and death. It happened in Harare in 1984 when I was about seven years old. I was supposed to meet a friend to play at a dump site together. He got there before me and started playing with what turned out to be a hand grenade. The bomb exploded in his hands. He died. I was lucky to survive but I have no doubt that the incident shaped who I was to become.

The device, from my understanding now, had been left by either Rhodesian soldiers or guerrilla fighters during the war of liberation which raged between 1966 and 1979. Death from grenades and landmines was commonplace in Zimbabwe during and after the struggle against colonial rule.

My next exposure to serious violence came when I joined the Zimbabwe Republic Police (ZRP) as a constable in 1998. I was trained by former liberation war fighters and soldiers whom we suspected had been redeployed from the notorious “5th Brigade”. This army unit was responsible for the murder of thousands of Ndebele speaking people and supporters of the Zimbabwe African People’s Union in the 1980s. I joined the police partly due to the lack of employment opportunities and the influence from my stepfather who was a police sergeant.

The police trainers would subject recruits like me to various forms of torture, including water boarding and battering the soles of our feet with rifle butts and sticks. There were other “endurance exercises” that went way over the top. For example, recruits would be ordered to lie down and forced to roll over repeatedly until we were dizzy and throwing up. Apparently, this was done to strengthen us – both physically and mentally – and to get rid of “civilian weaknesses”, as one trainer put it. I spent most of my post probation period with the Police Protection Unit – the agency responsible for the protection of prominent state ministers, judges and other VIPs.

But I only really began to realise the extent of the systemic violence in my home country when I left Zimbabwe and started looking up texts, documentaries and meeting surviving victims of atrocities. In the last 50 years, five main conflicts have taken place in Zimbabwe. The liberation war (1966-1979), political violence (1980-present day) and the Matabeleland democides (1981-1987) – this is also known as Gukurahundi which is a Shona word meaning “early rain that washes the spring chaff”.

Finally there were the violent farm invasions and the Marange diamond massacre. Hundreds of thousands of people who were caught up in these conflicts have been killed and gone missing – their deaths covered up and brushed under the carpet by the state.

By 2005 I had joined the police in the UK. But despite my new life I couldn’t stop thinking about how, when and where people were being kidnapped, killed and concealed back home. This had a profound influence on what I chose to do with the next chapter of my life in academia and research. I enrolled for a degree in Forensics and Criminology, pursued a master’s degree in Crime Scene Investigation and then a PhD in Forensic Archaeology.

My research has brought me full circle and taken me back to those dangerous playgrounds which I drifted in and out of as a child. I wanted to use my skills as a forensic investigator to find the secret mass graves, the clandestine burial spots. I wanted to know where “the missing” were being hidden. I realised that no systematic forensic investigation of that kind had ever been undertaken.

I was interested in forensic identification, exhumation and the cultural aspects of burial. I interviewed over 60 witnesses – including current and former MPs, human rights defenders and victim family members. I had to keep the identity of my witness a secret to protect them, as many were in fear of their lives. Speaking out can be fatal in Zimbabwe.

Some of what I discovered during my journey was startling. The sheer scale of the killing was shocking – so were the methods of torture. Some burial locations seemed to be selected at random, some were opportunistic interment while others took forethought and planning. The burial methods were dependent on which arm of the state had done the killing and when. Despite this, my research was able to uncover the tactics used by the state to hide thousands of bodies. Tactics including, stacking multiple bodies on top of each other at cemeteries, dumping bodies in mortuaries and burying them in forests, near schools, hospitals and in disused mine shafts.

I discovered – mainly through witness testimony – that the Fallen Heroes Trust (FHT), which is aligned to the ZANU-PF government, has been on the forefront of dubious exhumation and identification practises since the early 1980s. It used approaches which made it almost impossible to find anyone accountable for the deaths. The Monkey William Mine exhumation of over 600 human remains in Chibondo is one such example. Here, standard anthropological identification methods where ignored. And when human remains are discovered, state propaganda machinery goes into overdrive.

Supporters of then President Robert Mugabe claimed the bodies were those of people killed between 1966 and 1979 under the regime of former president Ian Smith – the last white prime minister of the former colony of Rhodesia. Forensic tests and DNA analysis were not carried out. Instead, Saviour Kasukuwere, a government minister at the time, told the media that traditional African religious figures would perform rites to invoke spirits to identify the dead.

Mr Kasukuwere, who is now in exile, said the Chibondo remains were discovered in 2008 by a gold panner who crawled into the shaft. But spirits of war dead had long “possessed” villagers and children in the district. He said: “The spirits have refused to lie still. They want the world to see what Smith did to our people.”

I spoke to an anthropologist who attended the exhumation as an observer who told me that some of the bodies were wearing contemporary clothing which did not exist during the liberation war. Amnesty International advised the government to halt exhumation, pending forensic investigation. But this advice was ignored.

My research also found that the state of the human remains in Chibondo pointed to the presence of lipids, blood and decaying flesh. It is highly likely that these bodies are the remains of supporters of the Movement for Democratic Change (MDC) and former Zimbabwe People’s Revolutionary Army (ZIPRA) cadres. Since its formation 1999 hundreds of supporters have been killed, injured or disappeared.

The FHT routinely exhumes remains without following accepted and professional forensic approaches. For example, black humus soil was incorrectly attributed to human remains found at an exhumation at Castle Kopje farm in Rusape according to one witness I spoke to. During a different exhumation, another witness told me: “One member of the FHT picked up a walking stick and assigned the remains to the individual next to it.” No other identification was used to ascertain identity, according to my witness.

The FHT also claims to have exhumed over 6,000 bodies around the country using “spirit mediums” – who are seemingly deemed more effective than forensic science.

One witness I spoke to described how they were detained at Bhalagwe Camp, which is south of Bulawayo where the 5th Brigade set up a concentration camp in 1985. The source, aged only 14 at the time, witnessed a daily routine of dead bodies being dumped into the disused Antelope mine shafts 5km away. They were dumped in the old gold mine after they had been tortured and killed in the camp. The man, now in his 50s, told me:

I used to be selected, often to assist in dragging blood soaked human remains from the campsite to be deposited into toilet latrines or transported into nearby disused mineshafts.

Another male victim I interviewed recalled how he was seized from a bus travelling from Kezi to Bulawayo at a roadblock. He was 20 at the time and was forced off the bus by the 5th brigade and made to stay at a makeshift detention centre.

It was here, he told me, that he saw a pile of human flesh decomposing and later set alight by soldiers. “Most were killed on the false allegation of harbouring and supporting army deserters or dissidents”, he said. This was quite a common narrative at the time. Up until the present day, vital documents and information about the democide are not known due to the continued obfuscation of information surrounding the massacres by the government.

Police are seen by some as being just another partisan arm of the state. But Human Rights Watch has reported that people “routinely” die in police custody. Human Rights Watch and my own interviews found that the police and Zimbabwe’s Central Intelligence Organisation (CIO) often refuse to transfer the bodies of the dead through normal burial processes and sometimes even refuse victims access to their deceased relative. There have also been cases where they denied further investigation.