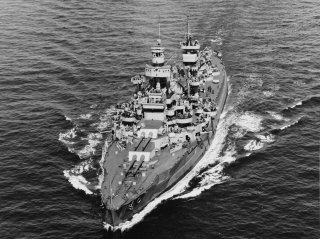 Here's What You Need to Remember: While approaching closer to the shoreline, U.S. Navy ships fought off heavy German attacks from mortars, artillery and machine guns.

This article first appeared in Warrior Maven here and is being reprinted for reader interest.