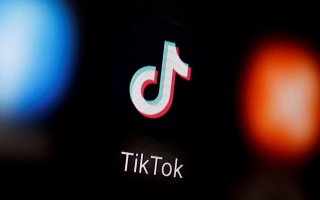 After an unseemly scramble that raised concerns about cronyism, economic nationalism and Sino-American tensions, it appears as though the Trump administration’s threat to ban TikTok in the US will result in a new ‘partnership’ with Oracle and now Walmart. In Australia, the episode has prompted Prime Minister Scott Morrison to assert that he ‘won’t be shy’ about taking action if TikTok is found to present a threat to Australia’s national interests.

Concerns over TikTok centre not so much on its data-harvesting business model, but on its Chinese ownership. Western governments fear that TikTok will be compelled to give user data to the Chinese government, which may use it to build profiles of citizens for disinformation and influence campaigns and intelligence operations.

The risks related to data collection and storage and the potential for violations of the privacy, rights and security of citizens and for manipulation of political systems are poorly understood by government in general. Remedying that requires a new, comprehensive communications policy that puts the national security issues arising from digital platform oligopolies firmly in the spotlight.

But the TikTok case also points tangentially to a broader range of national security threats posed by the highly concentrated social media market. These include the external manipulation of Australia’s information environment and the shriveling of Australia’s domestic news industry.

Understanding the TikTok threat begins with recognising what makes the digital information arena different to other venues of contestation. In cyberspace, the marginal costs of gathering, storing and analysing information are effectively zero. Network effects—supersized by the absence of friction—produce a natural tendency towards concentration. The media platforms that win in this intensely competitive environment become dominant purveyors of information.

One consequence is that Australian journalism competes for attention with media the world over. This includes not only credible journalism from established giants like the New York Times, but also endless YouTube videos, blogs, social media posts and—yes—TikTok clips. Maintaining a vibrant domestic media presence is essential for the health of democracy. Yet increased capture of advertising revenue by online platforms threatens to further shrink a media sector that is already one of the world’s most concentrated.

In response, the Australian Competition and Consumer Commission has proposed a new ‘bargaining code’ for digital platforms that would force Google and Facebook to pay Australian media outlets when linking to their products. The code, however, is founded on a conceptual misunderstanding of why Google and Facebook are so successful. Neither firm profits directly from news content, making the notion of a ‘bargain’ faintly ludicrous: there is no revenue to split with media companies.

Studies on Spain’s attempts to force Google to pay to link to news stories in 2014 found very little positive effect on domestic media.

A more intellectually honest way to prop up news organisations would be a simple tax on digital service providers above a certain scale, with revenues going to support domestic journalism.

This would be controversial: a somewhat similar ‘digital tax’ proposal in the EU has met with vociferous opposition from Washington. Yet there’s no reason that an explicit tax should be less controversial than an ill-designed indirect tax posing as a commercial bargain.

These companies cannot credibly commit to refrain from presenting censored or misleading content in pursuit of Chinese objectives. Combined with the decline of domestic journalism, ceding the digital information environment to opaque foreign outlets would hasten what ASPI’s Tom Uren has termed ‘the slow, creeping erosion of our sovereign decision-making’.

In the face of such threats to the integrity of Australia’s information environment, what policy responses should be on the table? One approach is an outright ban on foreign-owned digital platforms that represent potential vectors for malicious information operations. Such a ban could be enforced at a device level through app stores on iOS and Android, or via a more complex system of IP blocking by internet service providers. As India has shown, such a ban is possible.

Nevertheless, prohibition should only ever be seen as a last resort. Another option is imposing mandatory content and privacy standards for digital platforms that reach a certain size and scale. Yet TikTok cannot credibly commit to the type of user privacy and data protection framework that the International Cyber Policy Centre suggests is required without revealing details about how its algorithm works. And that algorithm has just been placed on China’s export control list.

A final option is to force a change of ownership to an entity that poses less of a strategic concern. This was the theory behind the Trump administration’s original demand that TikTok’s US operations be sold to a US buyer. It appears, however, that the proposed ‘partnership’ with Oracle will not include transfer of the algorithm that determines which content is shown to each individual user. So, even if the Oracle/Walmart deal does cover TikTok’s Australian operations, it won’t forestall potential manipulation of Australia’s information environment from Beijing.

Each of these options seems unpalatable because it directly attacks the business models of digital platforms. And, of course, Russia and China have enthusiastically used Western-owned platforms such as Twitter and Facebook to manipulate the information systems in democratic countries, as have a range of domestic political actors.

But it is time for hard choices about how to deal with the issues of data harvesting and storage and the deluge of disinformation on both Chinese-owned and Western-owned digital platforms. Australia’s current course of muddling through with ad hoc policy looks increasingly dangerous.

Ben Power holds a PhD in political science from the University of Wisconsin—Madison.