The Tomahawk Missile Club Is Getting Less Exclusive 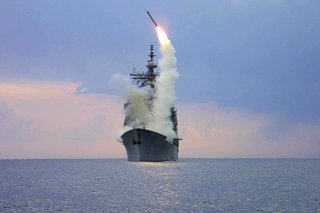 Here's What You Need to Remember: Russia has demonstrated that it can use numerous small vessels to deploy a powerful long-range weapon, an example of a “distributed” force structure