Tombs on Threads: The Soviet T-35 Was Deadly Disaster for Its Drivers 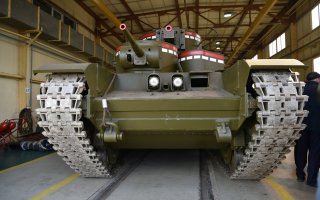 Here's What You Need To Know: These tanks were deadly, but to their own crews.