The Top 5 Aircraft Carriers To Have Ever Sailed The Oceans 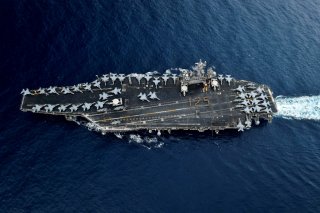 Here's What You Need to Remember: At the moment, however, the Russian, Indian, British, Chinese, French, and American navies continue to put faith, and resources, into carrier aviation. Despite the vulnerability of the big ships to attack, they provide a unique combination of presence, prestige, and lethality that continues to make them attractive to the world’s most powerful navies.

This article first appeared in 2015 and is being republished for readers.