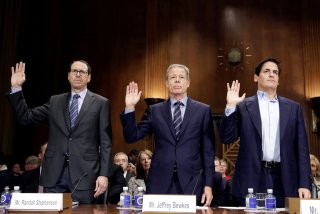 Sometimes antitrust seems like an evidence-free zone. As with any topic, some writers on antitrust are happy to announce their opinions without explanation or evidence. More troubling are those who support their opinions with arguments that are known to be flawed. These unsupported arguments take the forms of myths that, if repeated enough, become part of antitrust folklore. Here are three examples of such myths.

Belief in this myth has two steps. The first step is to falsely equate market power with business size. Economist Franklin Fisher explained in 1979 that this is false, but it is still a prominent belief held by journalists, think tank experts, academics, and members of Congress.

The second step is to falsely believe that government interventions would result in smaller companies. In his book “A Conflict of Visions: Ideological Origins of Political Struggles,” Thomas Sowell explained that governments are largely unable to directly create their desired results. And, as Jeff Eisenach and Kevin Caves showed in a 2012 paper, deregulation in telecommunications resulted in lower prices, not higher, implying that deregulation decreased market power.

This myth results partly from ideology, bias, and misspecified research. I have written about the ideology and bias issues in the past (here and here). Regarding the research, a favorable summary can be found here.

But the research has at least two misspecifications: It largely measures business size, not market power, and it omits the effects of regulation. The figure below shows how these mistakes matter. The blue line shows the growth of regulations in the US since 1998, the first year that these regulation data were available. The red line shows large firms’ share of business establishments. This is almost a perfect correlation, but the research trying to establish that market power has grown in the US omits anything about the rise of regulation.

More regulation results in industries having larger firms, not smaller ones, and it also lowers labor productivity. This has been confirmed in several economic studies (see examples here, here, and here). Regulations raise the cost of a firm being in business, which means firms need to be larger to cover those fixed costs.

Myth 3: People should follow their gut instincts on antitrust.

This myth shows up in appeals to lived experiences and to phobias. The lived experience argument relies on availability bias, illusion of truth, and other cognitive biases that lead people to draw conclusions that are unsupportable with careful analyses. This reliance on people’s biases explains why the practitioners of this approach rely heavily on stories, which are easy to slant.

What can be done? Unfortunately, conforming to the myths requires little thought, which means that the myths will persist. So it is up to people who can think analytically — and have the mental energy to do so — to talk with journalists, neighbors, policymakers, and others to help them see the myths for what they are.

This article was first published by the American Enterprise Institute in September.