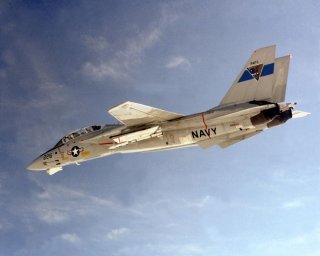 Here's What You Need to Know: Aviator sunglasses weren’t always as popular as they are today.

Jerry Bruckheimer’s “Top Gun” is a staple movie among service members and veterans. Released 32 years ago on May 16, 1986, it was the highest grossing film of the year. And you’d be hard pressed to find a naval aviator who hasn’t seen the cult classic. The movie has a little bit of everything, from its killer soundtrack, to light romance, to epic F-14 dogfights.

In honor of the 32nd anniversary of the movie’s release, here are eight little-known facts about “Top Gun.”

1. The film is dedicated to a stunt pilot who died during filming.

Art Scholl — an aerobatic pilot, aerial cameraman, and flight instructor — died during the filming of “Top Gun.” His Pitts S-2 camera plane went into a tailspin and plunged into the Pacific Ocean. Scholl’s chilling last words, “I have a problem — I have a real problem,” were heard over the radio by the crew.

Shots of the aircraft carrier sequences were filmed aboard the USS Enterprise, showing aircraft from F-14 squadrons VF-114 Aardvarks and VF-213 Black Lions. For every hour of flight time with an F-14, Paramount paid $10,000. Overall, the movie cost about $15 million to produce, which is equal to $32 million today.

3. Tom Cruise and Val Kilmer didn’t get along during filming.

The tension between Maverick and Iceman seems like really good acting, but it isn’t. It turns out that Tom Cruise and Val Kilmer didn’t get along, and as a result, the aggression seen in the movie was organic.

4. Goose never actually gets a full name in the movie.

Goose, portrayed by Anthony Edwards, is never actually named within the movie. He only ever goes by “Goose.” However, his full name is meant to be Nick Bradshaw.

5. The movie wasn’t rated very well across the board.

Rotten Tomatoes only gives the movie a 55% despite the 83% it received as an audience score. Renowned critic Roger Ebert gave it only 2.5 out of four stars, and said, “Movies like Top Gun are hard to review because the good parts are so good and the bad parts are so relentless. The dogfights are absolutely the best since Clint Eastwood’s electrifying aerial scenes in Firefox. But look out for the scenes where the people talk to one another.”

6. The bar where Maverick and Goose sang is real.

Kansas City BBQ on Harbor Drive in San Diego, California, is where Maverick and Goose serenade their dates with The Righteous Brothers’ classic, “You’ve Lost That Lovin’ Feeling.” And the bar is still open today. Though it suffered some damage from a fire, the piano featured in “Top Gun” is still there.

8. The famous elevator scene wasn’t originally in the movie.

A test audience who saw the first run of “Top Gun” complained that there wasn’t enough on-screen time between Maverick and Charlie. The testers were crazy about the romance between Kelly McGillis and Tom Cruise, so the directors added in the elevator scene to appease them.