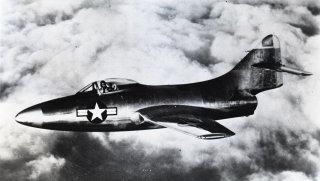 Here's What You Need To Remember: The Panther may not have been the top jet fighter of its time, but its pilots matched skill and courage to the gleaming blue jet’s sheer reliability and survivability to carve out a remarkable record in aviation history.