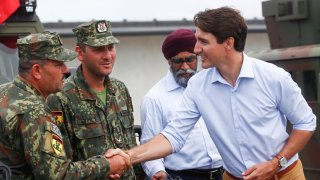 Here's What You Need To Remember: A superpower isn't just a conqueror, but a state that leaves its mark on the entire world system.

James Jay Carafano is vice president of national security and foreign policy studies at The Heritage Foundation. Follow him on Twitter: @JJCarafano. This article is being republished due to reader interest.