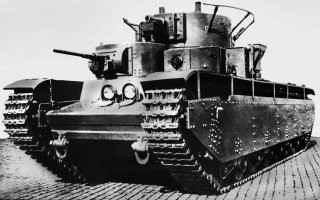 Key point: The T-35 faired poorly on the battlefield and left its crews at risk due to its thinner armor.