Tough Question: In a Middle Eastern War, Who Comes Out on Top? 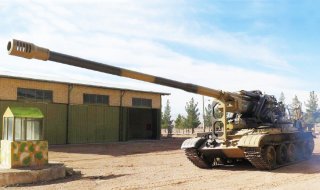 Here's What You Need to Remember: Iran’s armed forces ranked thirteenth in the world, according to GlobalFirepower.com’s 2018 rankings, which apparently combined various statistics to assemble a composite military power rating (0.3131 for Iran, with 0.00 being a perfect score).