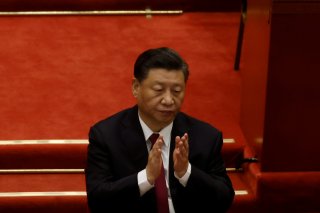 Here's What You Need To Remember: In fact, a stronger US economy causes bigger trade deficits with the People’s Republic of China. Employment rises and we buy more, including from the PRC. It’s extremely difficult for tariffs to protect or create jobs because (in the US) it’s jobs that drive imports, not the other way around. Trade doesn’t matter that much, example one.

Remember when our trade deficit with China mattered? Half-year figures for Sino-American goods trade were published Friday, but you’re in good company if you missed it. It’s hard for the bilateral trade deficit to affect the US economy. It’s therefore even harder for tariffs on Chinese goods to do so, despite parts of business insisting they’re awful and parts of labor insisting they’re vital. The bilateral deficit does matter, but not the way most people think.

In fact, a stronger US economy causes bigger trade deficits with the People’s Republic of China. Employment rises and we buy more, including from the PRC. It’s extremely difficult for tariffs to protect or create jobs because (in the US) it’s jobs that drive imports, not the other way around. Trade doesn’t matter that much, example one.

The other side of the tariff debate is also wrong. American tariffs on Chinese goods were first raised in 2018, with the most substantial increases implemented over 2019. That and ongoing harm from the pandemic led to . . . an $11 billion increase in US imports from the PRC in the first half of this year compared to 2019. Tariffs aren’t doing much.

Critics can complain that imports could be higher. But another $50 billion, say, would mean little to our economy. Imports from the PRC are just profitable, not irreplaceable. And American GDP in 2021 should exceed $22 trillion. Net US wealth at the end of 2020 was $116 trillion. Trade doesn’t matter that much, example two.

Protectionists get the problem wrong: Trade doesn’t cost jobs. President Trump got the solution wrong; his tariffs have done little. Business also has tariffs wrong. They mostly affect profitability and stock prices of a few companies, which shouldn’t factor into national policy.

Worse than these, though, is the business community’s solution. Recent calls to lower tariffs while negotiating difficult issues such as state subsidies are farcical. The PRC has fallen short of simple trade commitments and remains a cyber predator. Business groups oppose even minor retaliation such as existing tariffs, yet pretend still more talks can change fundamental Chinese behavior. Such groups lost their China credibility years ago.

While tariffs and the economic impact of trade are overhyped, the bilateral deficit plays another role. It supplies Beijing with an enormous quantity of foreign currency. The PRC’s current foreign exchange holdings, in official reserves and at state banks, are about $4.3 trillion. During China’s WTO membership, from 2002 through 2020, the cumulative bilateral goods and services deficit is $4.97 trillion. It’s our money.

Americans benefit from those imports. The PRC’s gains from exports to the US have been greater, including a stable balance of payments and hundreds of billions, at least, in surplus dollars to use globally. There are partial substitutes for imports from China, including production here. Only the US can provide Beijing so much hard currency. Don’t like the Belt and Road Initiative or China’s other international activities? They’d be much less extensive without us.

Economists say American trade deficits don’t matter and, in most ways, they’re right. But China is our top rival and, under Xi Jinping, verges on an enemy. We’re going to pay them another $1 trillion before the 2024 election. That shouldn’t just pass by without notice.

Derek Scissors is a senior fellow at the American Enterprise Institute (AEI), where he focuses on the Chinese and Indian economies and on US economic relations with Asia. He is concurrently serving on the US-China Economic and Security Review Commission and as the chief economist of the China Beige Book. This article first appeared for the American Enterprise Institute.