Trouble Ahead: Why Things Won't Be Getting Easier For The Federal Reserve 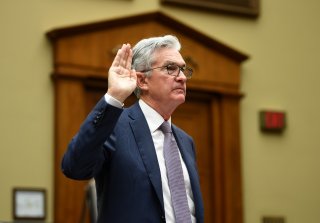 On August 27, speaking at the Federal Reserve’s newly-virtual Jackson Hole conference, Chair Powell announced two key adjustments to the Fed’s longer-term monetary policy strategy, coming as the culmination of its nearly two-year review of the monetary policy framework.[1] First, the Fed would seek “to achieve inflation that averages 2 percent over time, and therefore judges that, following periods when inflation has been running persistently below 2 percent, appropriate monetary policy will likely aim to achieve inflation moderately above 2 percent for some time.” This contrasts with the Fed’s earlier approach, which always sought to return inflation to 2 percent, regardless of previous deviations from that target. Second, unlike in the past, when the Fed sought to respond to “deviations” of employment from its estimate of employment’s maximum level, the new strategy entails policy responses only to “shortfalls” of employment from that level. In other words, the Fed will loosen policy if it judges labor market conditions to fall short of full employment, but it will not tighten policy solely because the labor market appears tighter than its estimate of its maximum level.

These moves are sensible responses to the decade-long trends flagged in Chair Powell’s speech: First, the equilibrium rate of interest — often referred to as r* — appears to have declined over time, limiting the ability of monetary policy to provide stimulus when interest rates hit zero, and thereby increasing the likelihood that inflation will fall below its 2 percent target more often than rising above it. Keeping inflation and inflation expectations at 2 percent therefore requires that inflation moves above the target for some time to offset previous shortfalls. Second, the level of “maximum employment” — that is, the level above which inflation accelerates — appears to have fallen over time and become more difficult to estimate; in the context of this uncertainty, it makes little sense to tighten labor market conditions in the absence of significant evidence of inflationary pressures. And, third, partly thanks to its Fed Listens campaign, Fed officials have become more sensitized to the profound social benefits that flow from strong labor markets and widespread employment opportunities.[2]

If Chair Powell’s speech and the accompanying “Statement on Longer-Run Goals and Monetary Policy Strategy” set out the broad new framework for policy, the statement at the end of Federal Open Market Committee’s (FOMC) September 16-17 policy meeting supplied the operational details.[3] The Fed plans to keep the policy interest rate near zero until the labor market is at full employment, inflation has risen to 2 percent, and it’s on track to moderately exceed that pace for some time. This “conditional forward guidance,” which had previously been advocated only by the more dovish members of the Committee, represents a significant departure from past practice, which was to start raising interest rates well before full employment was reached in order to assure inflation would not overshoot its target. Accordingly, the FOMC participants’ “Survey of Economic Projections” (SEP) shows interest rates staying near zero through 2023, even as inflation hits 2 percent that year and the unemployment rate drops to 4 percent.

It is the job of the financial media and professional Fed watchers to nitpick FOMC policy announcements, and they started doing that approximately 10 nanoseconds after the September 16 statement was released: What does “moderately exceed 2 percent” mean? How long is “for some time”? What will be done about the Fed’s asset purchases? All good questions, but it is unreasonable to expect the FOMC — a body comprised of as many as 19 participants, all with their own outlooks, preferences, and interests in giving many speeches — to agree on numerical values for all those parameters so far in advance of their actual need. Those are bridges the FOMC will cross, and not without some struggle, when it comes to them.  But the key challenges for monetary policymakers will occur, as always, not if the FOMC’s forecast materializes, but if (or when) it doesn’t.

One scenario is that inflation rises more quickly than the glacial pace envisaged in the SEP. This is what’s known as a “high class problem.” To be sure, a fast and early breaching of the target would pose all sorts of difficult issues, including whether and when to tighten policy, by how much, and whether doing so would trigger financial disruptions that endangered the recovery. But these are questions that historically have confronted the Fed every time it has faced rising inflation, and after years of price growth running below its 2 percent target, it would represent a welcome return to more knowable unknowns.

A more challenging dilemma would be posed by the opposite risk — that inflation lingers below target for longer than the FOMC currently anticipates. First, it would be difficult to offer much additional monetary stimulus in that event. Short-term interest rates are already at zero, and the Committee has indicated its strong disinclination to go negative; longer-term Treasury yields, which are the proximate target of asset purchases, are already below 1 percent; and the experience of “funding for lending” schemes offered by foreign central banks suggests that amping up the Fed’s new lending programs would not provide much of a boost to spending. Federal Reserve officials routinely emphasize that they are not out of ammunition, but most observers question how potent that ammo may be.

Second, and as a related matter, the tradeoff between the benefits of monetary stimulus and its costs are likely to have worsened in recent years. As noted earlier, a critical reason for the Fed’s adjustments to its policy strategy has been the decline in the equilibrium interest rate r*, which puts interest rates closer to their effective lower bound, or ELB. But while the recent Fed’s communications and published studies — including those drafted for the framework review — have focused intently on ELB issues, they pay only scant attention to why r* has fallen and what that means for how monetary policy transmits to the real economy.[4]

Why does this matter? In textbook models, a key channel of monetary stimulus is its effect on business spending: Companies borrow to invest, and lower interest rates reduce the cost and increase the availability of funding, thus encouraging greater capital expenditures. But since the start of the 2000s, and especially since the global financial crisis in 2008, corporate profits in the United States and other advanced economies have risen above business investment spending, a phenomenon labelled the “corporate saving glut.”[5] With corporations either hoarding their accumulated earnings or returning them to shareholders through dividends or buybacks, the corporate saving glut likely has subtracted from aggregate demand and added to downward pressures on r*. Moreover, because cash-rich corporations are less dependent on external funding and less sensitive to interest rates, the corporate saving glut has likely diminished the effectiveness of the business investment channel of monetary policy.[6]  And these trends will probably be exacerbated by the on-going pandemic, which threatens to increase industrial concentration and shift profits further toward larger, already cash-rich companies.

There are other channels through which monetary policy affects the economy, of course. But some of these channels likely have also weakened: Consumer purchases may be restrained by household caution in the wake of the pandemic, while downward pressures on the dollar will be offset by similar easing of monetary policy abroad. And other channels may bring unwelcome side-effects: A key benefit of lower interest rates in previous recessions has been to ease debt service burdens and prevent widespread bankruptcy. However, over the next several years, low rates that keep “zombie firms” alive could slow sectoral shifts in labor and capital (such as from airlines to remote conferencing services) required in response to the pandemic, thereby lowering productivity. By the same token, with the stock market already at record highs, corporate credit spreads at significant lows, and corporate leverage at its highest point in decades, further easing could well encourage speculate excess more than it promotes productive investment. The Fed routinely pays lip service to financial stability concerns and commits to monitor them, including in the “Statement on Longer-Run Goals…,” but it and other central banks are hamstrung by profound uncertainties about the sources of financial disruption, their relation to monetary policy, and the best means to restrain them.

As a staff economist at the Federal Reserve in the early 2000s, the waning days of the “Great Moderation,” I had become bored by the seeming disappearance of critical macroeconomic issues and urgent financial developments. The global financial crisis changed all that, of course, and it has been a rollercoaster ride ever since. Even if the economy emerges from the pandemic quickly and smoothly, the next decade promises to be no different, and assessing the tradeoffs between the benefits and costs of monetary policy in our low-interest rate environment will remain a key priority for monetary research.

Sadly, progress in monetary economics received a grievous setback earlier this month with the passing of Thomas Laubach, director of the Fed’s Division of Monetary Affairs. A brilliant economist, devoted colleague, and dedicated public servant, he will be greatly missed.