Truly Awful: Meet Five of the Worst Pistols Made or Used in Russia 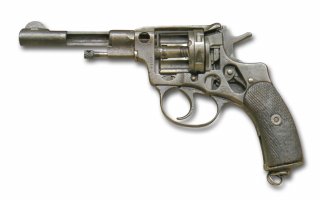 Key Point: Russia is known for some great guns. These aren't any of them.

Charlie Gao studied political and computer science at Grinnell College and is a frequent commentator on defense and national-security issues. This article appeared earlier this year and is reprinted due to reader interest.