"Trump Economy" vs. the "Obama Economy" (Which Was Better?) 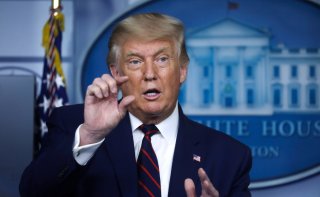 Should America avoid picking another businessperson as president? Italian economists Tito Boeri and Roberto Perotti don’t go quite that far in their new analysis “Trump, Berlusconi, and the damage by entrepreneurs to economic policy.” Rather, they argue that a business background — specifically an entrepreneurial background — shouldn’t be considered a big plus for an aspiring national political leader.

Let’s focus on the American side of this argument from Boeri and Perotti. The main point is that Trump’s economic record really isn’t that impressive. The economists highlight a number of macroeconomic factors to bolster their point, comparing the pre-COVID Trump economy to the final three years of the Obama economy, as well as to that of the Euro area:

Their take on the data:

Five facts stand out. First, per capita GDP growth was only mildly stronger under Trump than under Obama or in the euro area (+0.2 percentage points on a yearly basis) – and the euro area is not usually considered a star performer during the Trump years. Second, in terms of gross fixed capital formation (investment before depreciation), Trump did worse than the euro area and only mildly better than Obama. Note that boosting private investment was perhaps the key argument made by Trump in support of his tax reform which favoured the very rich by reducing the taxation of profits. Third, private final consumption did worse under Trump than under Obama. Unfortunately, data on income distribution after taxes and transfers, which would be useful, inter alia, to understand if this difference can be attributed to redistribution favouring households with a lower propensity to consume, are not yet available. Fourth, the labour market did better under Obama and in the euro area than under Trump. The unemployment numbers – both the levels and relative to the labour force – are particularly striking in this respect. Fifth, and perhaps most interestingly, the last cell of each panel shows that compared to the euro area, Obama did better than Trump in all variables

To me, the numbers look like a mixed bag for former President Trump. What’s more, Boeri and Perotti clarify that the point they are actually making is that Trump wasn’t particularly good for the economy compared to Obama. So, to repeat, a business background shouldn’t entitle a candidate to a thumb on the scale from voters, according to them. Boeri and Perotti: “The real danger behind the view that Trump was good for the economy is that it suggests that economic policy can be best handled by entrepreneurs.”

Is this really a dangerous view? The Trump economy might have been even better, I think, without a trade war that may have undercut economic confidence and the growth-impact of his tax cut (which I said from the start should have been deficit neutral). Moreover, keeping a long expansion going and not screwing it up is no minor achievement, though clearly the Federal Reserve shouldn’t be ignored in any assessment of either Obama or Trump.

There’s also value, I would think, to politicians having a business-like understanding of the tradeoffs from policy choices such as raising taxes and increasing regulation, as well as the notion that eventually you do run into fiscal constraints. Now those constraints for the American economy aren’t the same as for an American business, but they do exist — although one might not think so listening to current hot-take thinking about debt and deficits.

Also, if a longer-term productivity uptick could be traced back to Trump’s term, that might also influence how we see the Trump economy. Time will tell. And to what extent should we even refer to an economic performance over a presidential term as the “Trump economy” or “Obama economy” given how economic performance can be affected by longer-term trends that the president has little influence over, like demographics or a longer-term technology finally showing up in the macro statistics as in the 1990s? Policy matters, but it isn’t all that matters.

Anyway, if some tech entrepreneur, for instance, wants to run for president someday, I’ll certainly be interested in what they have to say.