Trump Paid Nearly Nothing in Taxes. How High Should Taxes Be on the Rich? 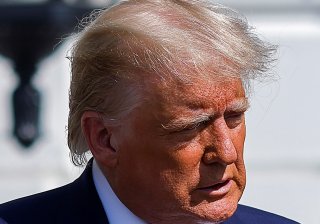 As the US presidential election debates approach, how much to tax the rich will be one of many areas of disagreement between the two candidates. Donald Trump introduced sweeping tax cuts in 2018 that included a tax reduction for the wealthiest Americans. Meanwhile, Joe Biden has proposed tax increases for those earning more than US$400,000.

Now Trump’s own tax returns have become a focus of the election campaign after the New York Times reported he had paid only US$750 in federal income tax in 2016, the year he was elected president.

Across the world, the level of tax for the rich remains a contentious political issue, key to debates about fairness, meritocracy and a just society. But what do voters think about how to tax the richest in society? My new research indicates that how a person got rich – and how much luck had to do with it – can influence how high voters think that tax levels should be.

Easier said than done, perhaps. And these debates often forget that there are actually two very distinct stages in how income inequalities develop. First, someone makes an effort to deliver a performance. Let’s call this their contribution to society: the hours worked, their accuracy, their innovation on the job, and so on.

But second, it is the prevailing societal norms and practices – such as the cultures of esteem, remuneration, power and discrimination – that then translate people’s contributions to society into incomes. Let’s call these remuneration practices the societal reward rules. It’s these rules that very often operate in highly unequal or inequitable ways.

After all, there are persistent pay inequalities between, say, men and women or different ethnic groups that do the same jobs within many professions. Across professions, top bankers or hedge fund managers tend to earn much more than, say, top surgeons or scientists. People often see these unequal reward rules as grossly unfair.

Together with Markus Tepe and Maximilian Lutz from the University of Oldenburg, I designed a new experimental study with over 350 Germans to hone in on whether the way society translates effort into income affects voters’ reasoning about taxation.

In our study, all the participants had to perform the same task, but they were then remunerated in cash for their performance according to different reward rules. Some people were randomly rewarded unequally under the “luck” rule. Others were unequally rewarded based on their performance in a quiz about the White House that they could freely choose to prepare for – under the “merit” rule. This allowed us to instil an unusually clear-cut belief in the participants’ minds about whether reward rules which translated efforts into high earnings were down to luck or merit.

We then asked our subjects to become voters: they could vote on the specific tax rate for their own society. We found that knowing precisely how society rewards effort mattered a lot for how voters think about taxes.

Before the experiment started we had asked participants a standard political questionnaire to find out how left wing, centrist or right wing they were. Even left-wingers, it turned out, freely refrained from raising taxes for themselves and their fellow citizens if – but only if – they knew that high incomes were earned by real effort. Only when the societal reward rules were known to be based on luck were left-wingers and centrists in favour of higher taxes.

The most extreme left-winger would vote for a 65% tax for everyone in society under the luck rule, but only for a 42% tax under the merit rule. And for those who knew that the rewards were all based on merit, political ideology just made no difference at all: left-wingers then wanted the same tax level as right-wingers at around 42%.

Only soak the lucky rich

We did the experiment in different settings, with some groups aware that others were rewarded differently to them, and some groups unaware. We found that information on precisely how others obtained their incomes was really necessary for people to make a judgement about tax levels. Without such information, luck or merit just made no difference for anyone’s tax voting.

In other words, voters’ beliefs about precisely how income inequalities are generated within their society are absolutely key for whether or not higher taxes become politically popular. US Democrats and left-of-centre parties elsewhere should take note. Since their voter base may not be susceptible to blanket soak-the-rich ideas, leftwing politicians would be well advised to use merit to frame their tax proposals. For instance, they could more explicitly propose that lottery winners, rentiers and people inheriting large fortunes should be taxed much higher than, say, equally rich surgeons or self-made entrepreneurs who earned their wealth.

Conversely, voters really appear to buy into the idea that luck, but only luck, is an undeserved reason for riches. What is more: left wing and centrist voters may be willing to significantly redistribute luck-driven riches.

In the US as elsewhere, fuller transparency about the precise pathways of success might lead to still louder calls for tax justice and more urgent debates about whether society today rewards real contributions, or just brute luck.