Is Trump Right? Did We Really Make a Mistake Opening Up To Trade With China? 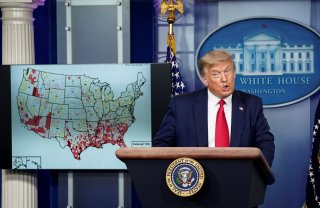 What do nationalist populists think was elite, globalist America’s original sin? The Immigration and Naturalization Act of 1965 and the 1994 North American Free Trade Agreement are strong candidates. But just as bad, maybe even worse, in their view was the US–China Relations Act of 2000 that granted China “permanent normal trade relations” and helped usher it into the World Trade Organization. Both events are widely considered the triggers of what economists David Autor, David Dorn, and Gordon Hanson have termed the “China Shock” — the flood of Chinese imports that caused the loss of 2.4 million American jobs between 1999 and 2001. And through that economic harm, the China Shock may have helped cause the rise of today’s populist politics in America.

But was there a better trade approach to China available back in 2000? Was there a smarter path than the one Washington followed? That’s the intriguing question analyzed by Cato’s Scott Lincicome in a new research paper. And along the way, Lincicome cites plentiful academic research as he presents a more well-rounded perspective on the costs and benefits from America’s close economic relationship with China over the past two decades.

As to the latter point, just citing that Autor, Dorn, and Hanson job loss stat misses a lot. Most obvious are the consumer benefits from China — particularly for America’s poor and middle class that shop at places like Walmart and Target — and how Chinese import competition encouraged many American manufacturing firms to invest and innovate more. Moreover, some studies have found far fewer manufacturing job losses from China trade. In many cases, the decline in manufacturing employment may be attributable to non-trade issues such as automation, skills mismatch, and the decline in geographic mobility. It might also be that Chinese imports simply replaced other imports from Pacific Rim economies as opposed to production here at home. Even China Shock co-author Autor has called that 2 million estimate of jobs lost an “upper bound,” with the more likely central estimate about half that number. It also includes around a million nonmanufacturing jobs.

And when thinking about a counterfactual, Lincicome highlights some important factors to consider. For starters, China had previously held “most favored nation” trading status since 1980, and “permanent trade relations” at most merely “accelerated a bilateral economic integration that was already well underway” by reducing policy uncertainty. That said, it’s not all about what America did. China’s own reforms greatly improved its competitiveness, including privatizations and import liberalization. And the US was “the final holdout among large industrialized nations to approve China’s WTO accession via bilateral negotiations, demanding ever more concessions from the Chinese government.”

All that noted, should American have refused granting China permanent normal trade relations and tried to stop it from joining the WTO? As Lincicome quotes trade expert Philip Levy:

A policy of denying [permanent most favored trading status] … would have forsaken the benefits of Chinese membership while having retained all the costs that accompanied low barriers toward Chinese goods. Further, this move would have divided the international community on China, given most OECD countries supported its accession at the time. This split would have dramatically weakened the WTO in its early stages, thus undermining a major U.S. foreign policy goal to strengthen the global trading system. … [Excluding China from the WTO entirely] appears dangerous, implausible, and infeasible: dangerous because trying to isolate China with the open intent of blocking Chinese growth would likely have elicited a hostile response; implausible because the United States was, in late 2001, trying to rally the world to respond to terrorism emerging from the Middle East; and infeasible because the United States has had a difficult time trying to isolate countries with much smaller economies, such as Iran and North Korea. Trying to isolate China would have been orders of magnitude more difficult.

Indeed, marshalling the necessary WTO‐​wide consensus to deny more than a billion people in a modernizing economy access to an open multilateral trade organization … was not realistic, especially given what U.S. policymakers could have known at the time about China’s relatively liberal leadership and impressive economic reforms. This last point bears emphasis: as previously noted, the reforms that China undertook during its WTO accession—along with additional reforms made shortly after accession—often in direct response to WTO require­ments (and member demands), were so substantial as to drive China’s incredible export competitiveness. To assert that U.S. policymakers in the 1990s should have somehow known that these reforms would cease or reverse a decade later under different Chinese political leadership, and thus either convince over 140 other WTO members to deny a nuclear China entry into the WTO or reject PNTR (becoming the only WTO member to do so), is applying an impossible standard

The paper was maybe the most important, widely cited paper last year, and looking at it through the lens of the election season, there were certainly folks who used it as evidence that trade with China — and maybe trade overall — is bad for America, has been bad for America for a long time, at least for middle class and working class America. Is that the right or wrong conclusion?

I think it would be the wrong conclusion. If you wanted to say that trade with China has been bad for workers in Southern Ohio, parts of Tennessee and North Carolina, and parts of Pennsylvania, that would be hard to argue with. But you can’t go from that conclusion to saying trade’s been bad for the United States as a whole. The standard economic models that we’ve used time and again predict and seem to show — as we’ve worked on getting more precise estimates of all the parameters that go into making these models work — that the US overall gains from trade with the rest of the world.

Now, we don’t gain as much as a country like Belgium, because we’re a really big economy that already produces a lot of the stuff that we might want. But those gains are non-negligible. What our results are showing is not that we should question the value of trade to the US economy in the aggregate, but that these concentrated disruption effects are more important than we appreciated.

And so if we want to embrace globalization, we’ve got to make sure that we’ve got the policies in place that help workers who are the losers from expanded international trade. And I think what we’ve learned after the fact — and what we’ve learned from many folks’ perspective too late — is that we should have a counter set of policies in place when it comes to helping labor markets adjust.

Did we make a mistake 20 years ago, by normalizing trade with China? Could we have done anything differently to have a better situation today?

At the time, remember, China was moving in a liberalizing direction. Their accession to the WTO pushed them in that direction and made them open up their market, reduce their tariffs. It didn’t quite discipline the state owned enterprises as much as we might in hindsight have requested, but really the big change happened not as a result of normalization, which did make China richer, reduced poverty, made them better consumers for our products, but the change happened when president Xi Jinping took power around 2013, and he really moved in a different status direction.

I think the origin of our problem with China is not sort of 1999, 2000, when they joined the WTO, but it’s really President Xi Jinping. Now China’s a bigger power and we have these issues, because they’ve really doubled down on their state led development model in some sense. That was something that really wasn’t anticipated 20 years ago. I think it’s sort of unhelpful to be a Monday morning quarterback in saying, “We should have known what was going to happen 20 years later,” when China was moving in exactly the right direction that we wanted them to, when we allowed them to join the WTO.

Learn more: Douglas Irwin: The post-COVID future of international trade | Closing America to Chinese tech talent has big risks | The economic self harm of autarky: Are we really talking about America making everything it needs in America?

This article by James Pethokoukis first appeared in AEIdeas on July 22, 2020.