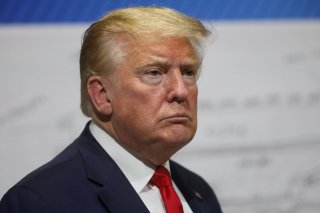 President Trump is reportedly considering a ban on H-2B temporary workers that a few Republican senators proposed this month. Companies hire H-2B workers in seasonal jobs outside of traditional farms, such as landscaping, meat packing, and seafood processing. The plan is supposed to “save” jobs for U.S. workers. Yet this justification holds no water: unemployed Americans already reject 100 percent of jobs for which H‐​2Bs are hired.

H-2B regulations require that employers recruit U.S. workers before they can hire any foreign workers. Employers must do the following:

In other words, the H-2B program already has a built‐​in unemployment adjustment. When unemployment increases, H-2B approvals automatically fall, and not just because of a government mandate, but also because employers won’t hire anyone for jobs that aren’t in demand right now. There aren’t too many carnivals in operation right now, so that industry will not be requesting workers this year. Figure 1 shows how during the last spike in unemployment, the number of H-2B requests and approvals fell quite significantly.

But Figure 1 shows that unemployed Americans won’t accept certain H-2B positions even when unemployment is high. Landscaping, forestry, meat and poultry processing, and certain construction jobs are so physically demanding that Americans would simply prefer unemployment to taking them. In many cases—such as in forestry—the jobs require constant time apart from family and friends. It is not reasonable to expect that temporarily furloughed Americans will ditch inflated unemployment benefits for dangerous and physically taxing jobs away from their families.

During the economic recovery, the goal should be to help businesses get back to the pre‐​pandemic status quo as quickly as possible. Forcibly keeping jobs open hinders that goal and will delay the recovery, hurting U.S. workers elsewhere in the economy. The government should stop trying to micromanage the labor force and focus on addressing the actual cause of the unemployment crisis: the COVID-19 outbreak.