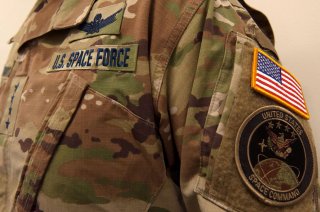 Here's What You Need to Remember: Then there is the issue of intercontinental ballistic missiles (ICBMs), interceptors and space-traveling technologies such as kill vehicles, many of which fall within the Pentagon’s Missile Defense Agency. What all of this amounts to is that the Pentagon will need to achieve a crucial and potentially delicate balance between individual service requirements and joint efforts.

Kris Osborn is the new Defense Editor for the National Interest. Osborn previously served at the Pentagon as a Highly Qualified Expert with the Office of the Assistant Secretary of the Army—Acquisition, Logistics & Technology. Osborn has also worked as an anchor and on-air military specialist at national TV networks. He has appeared as a guest military expert on Fox News, MSNBC, The Military Channel, and The History Channel. He also has a Masters Degree in Comparative Literature from Columbia University. This article first appeared last month and is being republished due to reader interest.