Turkey Wants New Stealth Fighters Even If That Means They're Russian 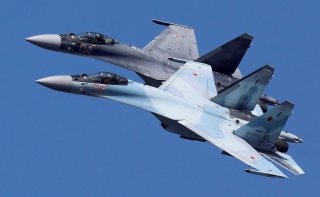 Here's What You Need to Remember: All things considered, the Su-35 appears most likely to be Turkey’s next fighter.

David Axe served as Defense Editor of the National Interest. He is the author of the graphic novels  War Fix, War Is Boring and Machete Squad. This artile is being republished due to reader interest.