Two Front Failure: How Germany Could Have Won World War I 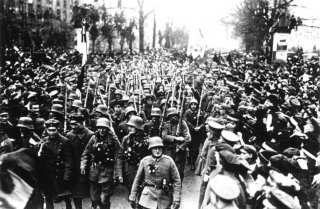 Michael Peck is a contributing writer for the  National Interest. He can be found on Twitter and Facebook. (This first appeared back in 2014.)