Two Front War: Can America Take on Russia and China at Once? 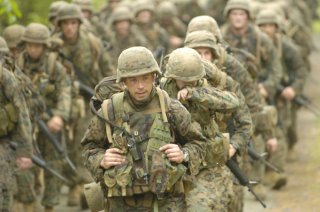 Here's What You Need To Remember: The United States cannot maintain this level of dominance indefinitely, and in the long-term will have to choose its commitments carefully. At the same time, the United States has created an international order that benefits many of the most powerful and prosperous countries in the world; it can count on their support, for a while.

Robert Farley, a frequent contributor to the National Interest, is author of The Battleship Book. He serves as a senior lecturer at the Patterson School of Diplomacy and International Commerce at the University of Kentucky. His work includes military doctrine, national security and maritime affairs. He blogs at Lawyers, Guns and Money, Information Dissemination and the Diplomat. This article first appeared in 2016.