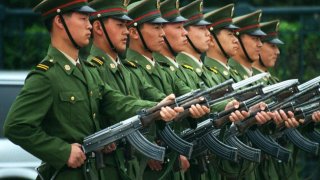 Here's What You Need To Remember: The Type 81 borrowed from the AK-47, but it proved China's ability to design its own weapons from scratch.