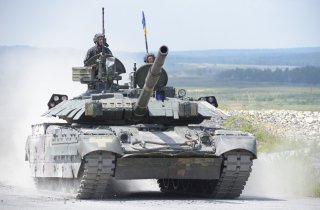 Here's What You Need to Remember: While the T-84U Oplot (Object 478DU9) was adopted by the Ukrainian military, KhKBM also was gunning for contracts in NATO countries, specifically Turkey To this end, they created a version of the T-84 with a 120 millimeter NATO gun.

Charlie Gao studied Political and Computer Science at Grinnell College and is a frequent commentator on defense and national security issues. This first appeared last year and is being reposted due to reader interest.