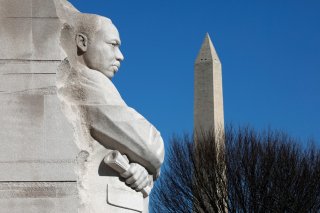 As children return to school in the UK, they will encounter a curriculum that still pays little attention to black British history or culture. This is despite an urgent Black Lives Matter movement and growing demands for a more honest reckoning with the racial legacies of Britain’s imperial past.

While some cling to the notion that US-style racial tensions are unthinkable in the UK, critics have condemned Britain’s “historical amnesia” and ongoing racial inequalities – highlighting the Windrush scandal, the Grenfell Tower fire and the disproportionate impact of COVID-19 on BAME communities as evidence.

A March 2020 review into the Windrush scandal, investigated the mistreatment and deportation of British subjects of Caribbean descent and cited “the public’s and officials’ poor understanding” of Black British history and the end of empire as a relevant factor.

Yet learning about the Windrush generation in school remains an optional topic for 11 to 14-year-olds studying history – and has only been on the curriculum since 2013.

As experts in US history, we believe King offers an invaluable entrance point for conversations about race and anti-racist protest. But our new research found a routine over-simplification of his beliefs and tactics that weakens connections between the UK and the US, and contributes to this “historical amnesia.”

In our latest research with Benjamin Houston and Nick Megoran at Newcastle University, we wanted to find out exactly how the US civil rights movement is being taught in UK schools.

We examined history textbooks and curricula, and found British children study a very simplified version of the US freedom struggle. In UK schools, Martin Luther King is often synonymous with the entire civil rights movement. It’s also a very conservative image of King – the more radical elements of his philosophy and activism are ignored.

You would never know from UK textbooks that by the time of his murder in 1968, King was a self-professed democratic socialist working on a multiracial campaign to address economic injustice – speaking openly about the triple evils of racism, poverty and war to international audiences, including in the UK.

These oversights are problematic in their own right. But they also obscure important aspects of British history by ignoring the relationship between the African American freedom struggle and campaigns for racial justice in the UK.

Instead, UK children learn a simplistic “feel good” tale of how, back in the bad old days, the heroic Martin Luther King defeated a brand of racism and discrimination “over there”.

Textbooks fail to consider the British anti-racist groups that consulted with King during his December 1964 visit to London. Or how they frequently adopted the rhetoric, tactics and symbolism of their US counterparts, such as in the 1963 Bristol Bus Boycott.

Nor do they examine how racist organisations in the UK borrowed heavily from the Ku Klux Klan and White Citizens Councils of America. Or how the campaign for Catholic rights in Northern Ireland was profoundly influenced by the African American freedom struggle.

Martin Luther King certainly understood those links. On his final visit to the UK in 1967, he noted connections with the US and apartheid South Africa. His comments influenced press and parliamentary debates regarding immigration policy and minority rights.

Free resources are increasingly available. And many schools want to teach a diverse history that is more explicitly connected to the experiences and needs of students in the 21st century. But teachers need training and support to teach these topics effectively and sensitively.

The Black Curriculum, a UK initiative that provides educational materials on Black British history, hopes to change the curriculum for students aged 8 to 16. Over 350,000 people have signed petitions and circulated an open letter to secretary of state for education, Gavin Williamson. But the government claims the curriculum is already broad and diverse.

The problem is not that there is too much US history in UK schools, but that these topics are rarely presented alongside equivalent and often interconnected struggles in the UK.

The history of the US civil rights movement should never be a surrogate for teaching the histories of Britain’s own racial minorities, but it offers an untapped resource for starting those conversations.

Teaching Martin Luther King and the US civil rights movement offers a valuable entrance point for conversations about race, racism, and anti-racism in both the US and the UK.

It presents an opportunity to explore past and present campaigns for racial and social justice. And it can equip UK students to appreciate links between global histories and those of their own communities.