Ulyanovsk: The Russian Super Aircraft Carrier That Never Was 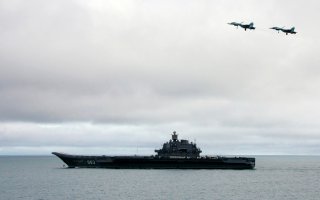 Here's What You Need to Know: Russia's Ulyanovsk is a tantalizing “almost” of history.