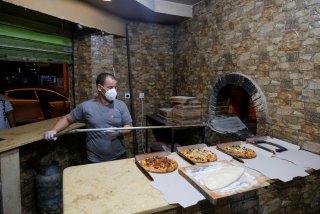 Before it expired the week ending July 25, the federal $600 per week unemployment bonus stimulated an intense debate. On one side, many Republicans, often citing reports from employers, argued the unprecedented payments were slowing returns to work, since most recipients collected more in benefits than they would from working. On the other side, many Democrats argued the bonuses were not affecting returns to work, and without them the recovery would slow since households would have less to spend.

So what do claims for unemployment insurance (UI) benefits — the most frequent metric of the state of the labor market — show since the $600 bonus expired? As displayed below, the data show both initial and continuing claims for UI benefits fell more rapidly after the bonuses ended. That suggests more are returning to work now than before the bonuses expired in late July.

As Figure 1 shows, the number of persons collecting UI benefits fell by 21.5 percent between the week ending July 25 and the most recent week of data ending September 5. That’s more than double the 10.5 percent decline in the six weeks leading up to July 25 – the last week for which the bonuses were payable. That means UI caseloads have fallen twice as fast since the bonuses expired than in the last weeks they were being paid.

These data are not without caveats. The first is that even though the $600 bonus expired, it was partially replaced by a temporary program offering generally $300 per week bonuses payable by states via executive order. While most states have agreed to pay these lesser bonuses, they were delayed in starting and are payable only through the week ending September 5. It is unclear how these lesser bonuses might have affected the UI claims data.

In addition, just because the $600 bonuses expired in late July doesn’t mean they aren’t continuing to be paid out to some claimants.

For example, a recent report found the number of back weeks of Pandemic Unemployment Assistance (PUA) benefits claimed in California more than doubled in August, rising from 4.2 weeks on average in the week ending July 25 to 8.7 weeks in the week ending August 29. California officials recently suggested sharp rises in PUA claims in August were “linked to fraud.” That means someone looking to defraud the PUA program in California might have filed a claim in August asserting he was out of work for the eight weeks ending between June 6 and July 25 and collected the minimum California PUA benefit of $167 per week along with eight weeks of $600 bonuses — or a check totaling $6,136. To prevent such abuse from continuing, California on September 10 announced it was “no longer automatically backdating new PUA claims in order to stop perpetrators from targeting earlier months when federal stimulus payments were available.” On September 20, California announced a two-week pause in processing PUA and other unemployment claims altogether.

Nonetheless, the bottom line is that more reliable UI claims have declined faster after the $600 bonuses expired compared with when the bonuses were payable. Alongside faster-than-expected declines in unemployment in August, that’s more evidence suggesting the labor market is healing faster since the $600 bonuses ended.