Is the United States Falling Behind in Anti-Submarine Warfare? 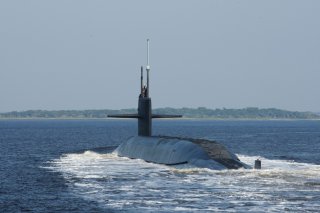 Here's What You Need to Remember: As the Chinese Navy continues to grow and the Russian Navy is used more aggressively in the Mediterranean and Baltic Seas, improving ASW is becoming a well-deserved priority. The “sinking” of the Theodore Roosevelt may have been a blow to pride, but it was also an important wakeup call.