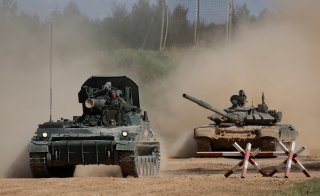 Here's What You Need To Remember: Russia maintains just one active battalion of eight 2S4s in service, with over four hundred in reserve. In 2000, Tyulpans played a prominent role in the siege of Grozny in the second Chechen war, systematically “leveling” the city from afar according to one analyst.