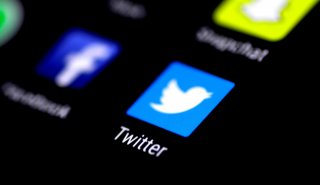 “Another one bites the dust,” a colleague quipped. They were responding to news that Michael Korenberg, chair of the University of British Columbia (UBC) board of governors, had resigned.

Korenberg submitted his resignation following an in-camera meeting of the UBC board of governors on June 20. In his letter, he apologized for his actions. “It is especially critical for the entire institution to demonstrate its absolute commitment to our racialized faculty, students and staff,” he wrote.

Korenberg had been brought onto the board in 2016 by former right-wing premier Christy Clark to help clean up a governance mess. In 2017, NDP Premier John Horgan kept Korenberg on the board as chair. I served as an elected faculty governor on the board 2017-20. My term ended before Korenberg was ousted.

As a former governor I wasn’t surprised to hear that Korenberg had “liked” conservative voices on Twitter. While we disagreed politically outside the boardroom, Korenberg was a moderate on the board and found ways to work across political differences. He was effective at moving UBC through some major changes in governance transparency. He was also instrumental in UBC’s move away from fossil fuels.

On June 1, less than a month before the Korenberg incident, and in response to society-wide anti-racism protests, UBC president Santo Ono acknowledged in a letter: “UBC itself is not immune to racism and injustice.” As an Indigenous person I am well aware that racism has been a common experience for Indigenous students, staff and faculty at UBC. The university’s ongoing failures to counter systemic and anti-Black racism on campus were spotlit soon after Ono’s letter due to a racial profiling incident.

Korenberg was called out, social media erupted and I can only assume his fellow governors shook their collective head and told him he had to go. Outed, shamed and apologetic, Korenberg was gone.

My research as an anthropologist documenting the traditional territory and ecological knowledge of my home, Gitxaaɫa Nation, has taught me that respecting Indigenous rights relies on structures of power not the good will of functionaries or business folk. Individuals might be personally sympathetic, but they are locked within a system already biased against Indigenous authority and jurisdiction. If we want a better world we need to change structures not people.

Public outcries and subsequent resignations or terminations of people like Korenberg suggest our social institutions are responsive to societal change. Anthropologists from the Max Gluckman school of thought describe these acts as rituals of rebellion that appear to challenge those in authority.

But what Gluckman and other social anthropologists have found is that these rituals merely reinforce power structures. There might be a momentary reversal. Individual leaders might be replaced. The lives of the shamed and called out are disrupted. However, calling out and shaming individuals allows social dissatisfaction to be vented in ways that reinforce existing relations of power.

Sociologist Feiyu Sun of Beijing University describes how the Communist Party of China (CCP) maintained and solidified its authority through the practice of Suku, a political performance used to elicit support and discipline opponents.

A frequent manifestation of Suku was a peasant or worker testifying in front of a crowd and detailing the harm they had experienced at the hands of an accused intellectual, leader or political opponent. It had the appearance of being spontaneous, but was performative and carefully scripted.

A “successful” session ended with the accused publicly confessing to the harm they had caused and professing their support for the revolution.

The Role of Suffering and Confession

What draws me to Fieyu Sun’s work is his analysis of the role suffering and confession play in reinforcing social hierarchy that is linked to the individual destruction of opponents. The CCP example mirrors the current practices of online shaming and call-out culture. We see the same outrage, requirement for complete apology and removal of offending individuals.

Both then and now the fundamental structures of societal power are not being challenged or changed. Instead individuals are publicly shamed and then removed from their positions. Then they are replaced with individuals who are members of the same social class.

UBC might have changed the chair of the board of governors, but governing a university is still big business.

When I was on UBC’s board of governors I witnessed how universities work.

We have fundraising branches (often called development offices) that work hard to cultivate multi-million dollar donors. In a time when education is treated as a market enterprise, and universities are expected to justify their outputs in terms that rationalize economic investment, university staff echo larger policy directives that speak explicitly about the student experience being critical to maintaining market share in a global competition. University research offices highlight innovation, understood as transferring discoveries into commodities.

Some universities also own real estate firms charged with transforming their land into endowment investments.

Voices that call out the single-minded focus on the university as big business are a minority on university boards of governors. Government appointees come from every field of the business world — law, consulting, finance, tech, real estate and wealth management. Korenberg has a legal background and founded an investment, merger and acquisitions consulting company.

Even those of us elected to the board are typically drawn from among the university’s management (or those aspiring to become management). The fact that some of these individuals might have controversial or divergent political affiliations matters less than whether they are able to work with the flow of things to get the business of the university done.

But it shouldn’t just be about individuals.

We need to look at the core purpose of our post-secondary sector. Should universities be big businesses? Should market share and donors drive educational decisions? I don’t think so.

Those of us who advocate for fundamental structural change want more than increased individual diversity at the top: We know that only a fundamental restructuring will make a difference. Such a restructuring would reframe how university decisions are made and transfer power more directly to elected, rather than appointed, governors.

Universities should be at the forefront of a socially just democratic society, and to do this we have to change real structures of control and power. We have a choice to make — continue to celebrate rituals of rebellion or engage in acts of transformative change.