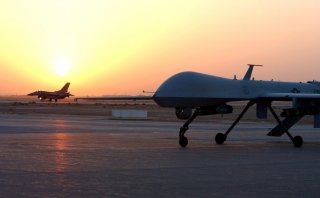 Here's What You Need To Remember: Israel pioneered the development of UAVs in the late 1980s or early 1990s as an anti-radar solution. The low radar, visual, and thermal signatures of loitering munitions make them incredibly hard to track and kill. Future battles could be determined by which side more effectively uses loitering munitions.

Charlie Gao studied Political and Computer Science at Grinnell College and is a frequent commentator on defense and national security issues. This first appeared in January 2019.