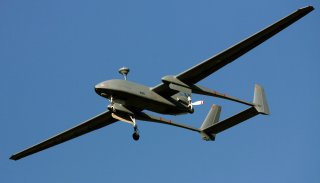 Here's What You Need To Remember: Regardless, loitering munitions are likely to be fielded by more and more militaries in the 2020s given their versatility and effectiveness. Development is speeding up, with innovations like interchangeable warheads on Poland’s Warmate loitering munition and swarm tactics with the U.S. Navy’s LOCUST test drones.

Charlie Gao studied Political and Computer Science at Grinnell College and is a frequent commentator on defense and national security issues. This first appeared in January 2019 and is being reprinted for reader interest.