An Unofficial Fourth Stimulus Check? It's Coming Sooner Than You Think 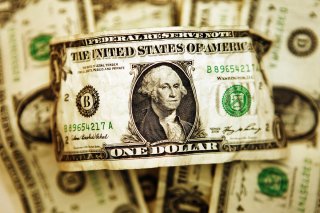 Here's What You Need To Remember: Attention is now directed at the new $3,000 or $3,600 child tax credit, which is considered by many as being essentially an unofficial “fourth” stimulus check.

To date, more than one hundred sixty million coronavirus stimulus checks with a value of $384 billion have been sent out to help struggling Americans under President Joe Biden’s American Rescue Plan.

While these payments have surely helped millions keep their heads above water, more attention is now directed at the new $3,000 or $3,600 child tax credit, which is considered by many as being essentially an unofficial “fourth” stimulus check.

And what’s undoubtedly been on the minds of millions of cash-starved parents is exactly when they can get their hands on these funds.

Take note that the Internal Revenue Service has already confirmed that the monthly payments from the child tax credit are slated to land in parents’ bank accounts of starting in July.

“We will launch by July 1 with the absolute best product we are able to put together,” IRS Commissioner Chuck Rettig recently said on the Senate floor. “We are trying to get it as user-friendly as possible.”

Rettig, though, did admit that launching a new large-scale federal program such as this can potentially bring about unique challenges, even stating that “we will not risk our system.”

Know that it was Biden’s $1.9 trillion legislation that enabled the green-lighting of these checks. Before, child tax credits generally allowed families to claim a credit of up to $2,000 for children under the age of seventeen, but that benefit now has been extended to lower-income families who otherwise wouldn’t receive such a cash windfall.

Now, the new legislation allows families to collect as much as $3,600 annually for a child under the age of six and up to $3,000 for children between six and seventeen—meaning that for a family headed by a couple earning under $150,000 or an individual earning below $75,000, they are eligible to receive a $250 or $300 payment each month.

Be aware that all eligible parents must file a 2020 tax return by May 17 before they can see the new benefits, as the IRS will need that information to deliver the tax credits.

Keep in mind that there could be even more monetary assistance on the way to help financially hurt parents. Biden’s highly ambitious $1.8 trillion American Families Plan is seeking to increase funding for education, child care, and paid family leave.

The legislation, if passed, also aims to further extend the child-tax credit, which will potentially give parents and legal guardians a total of up to $16,200 of cash per child. Those with children living at their residence could be the beneficiaries of a monthly $300 check per each child through the year 2025.