For Unvaccinated Americans, Almost Half Don’t Want the Coronavirus Vaccine 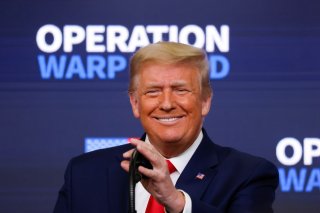 Almost half of Americans who haven’t taken the vaccine have said they definitely won’t take it, according to a poll from the Associated Press-NORC Center for Public Affairs Research.

Seven percent of those surveyed who aren’t vaccinated said they definitely will get a vaccine, and 15% said they probably will.

This result is up from a previous Associated Press-NORC poll in May when 34% of unvaccinated Americans surveyed said they definitely wouldn’t take the vaccine.

Only 21% are very or extremely worried about themselves or a family member contracting coronavirus, and just 25% are highly concerned that the recently lifted restrictions will lead to more coronavirus cases, the Friday survey found.

A majority of 54% of Americans surveyed said they are not worried at all they or a family member will contract coronavirus, and 41% are not concerned that the lifted restrictions will increase cases in their area.

The AP-NORC poll of 1,125 adults was conducted June 10-14 using a sample drawn from NORC’s probability-based AmeriSpeak Panel, which is designed to be representative of the U.S. population. The margin of sampling error for all respondents is plus or minus 4.2 points.

States have started offering incentives for unvaccinated residents. New York will give 50 4-year scholarships to any public college or university, West Virginia is giving away guns, and Washington state allows licensed marijuana retailers to give out free joints.

“Ultimately, this is going to be up to individuals to get shots in their arms. We can take every creative step we possibly can take. We also understand we don’t have 100 percent control here, but we’re going to do everything we can from the federal government to reach that goal,” Jen Psaki, White House press secretary said June 3 at a press briefing.

This article first appeared at The Daily Caller.