Upgrades Galore: Why No Leopard 2 Tank Is Like Its Foreign Brothers 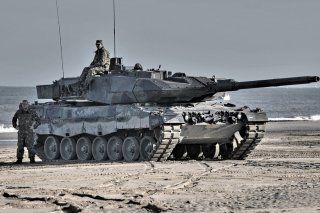 Here's What You Need To Remember: The Leopard 2A6 is the most “traditional” upgrade, following the naming convention and general trend of the earlier 2A(X) series of upgrades. It builds upon the 2A5 upgrade, which introduced major changes to the turret design, including the distinctive “Wedge” turret.