Is the U.S. Air Force Preparing for World War III? 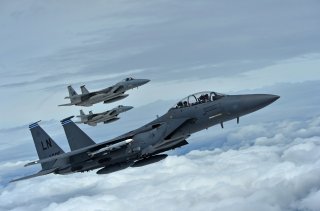 Here's What You Need to Remember: An Air Force report says the war “tactics” introduced during Red Flag were designed to “mimic” great power enemies with advanced “problem sets” intended to prepare the service and allies for a new generation of multi-domain war.

It is all part of the service’s regular Red Flag exercise which pits Air Force platforms, assets, and war formations against a sophisticated, well-armed “red-team” adversary equipped with advanced air defenses, sophisticated enemy aircraft likely to resemble fifth-generation rivals, and other kinds of multi-domain warfare scenarios the service would likely encounter in war.