The U.S. Air Force Is Stretched Too Thin For a War Against China 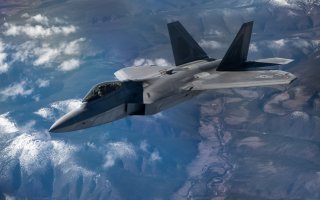 Here's What You Need to Know: Estimates of U.S. air power are dismaying.

Two studies from 2018 by RAND Corp. and the Government Accountability Office paint a grim picture of U.S. airpower. The RAND study examined whether the U.S Air Force has the capacity to fight in four types of future conflicts: a new Cold War with Russia or China, accompanied by a major regional conflict similar to the Korean and Vietnam Wars; a new Cold War, alongside a short regional conflict such as Operation Desert Storm, peace enforcement operations such as no-fly zones, and a counterinsurgency campaign. Drawing on historical data from actual Air Force operations in such conflicts, RAND estimated whether the Air Force could meet demand for eight categories of missions, including air superiority, strike, airlift, aerial refueling and C3ISR (command and reconnaissance).

Meanwhile, a 2018 GAO report reveals that from 2011 to 2016, the Air Force and Navy failed to meet goals for aircraft availability. Examining availability of 13 Air Force and Navy aircraft models, including the B-52, F-22, F/A-18 E/F Super Hornet and AV-8B Harrier, GAO found severe issues such as delayed depot maintenance, needed parts that were no longer manufactured, lack of mechanics, and aircraft flying beyond their service life.