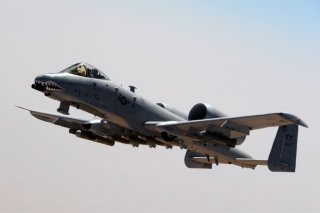 Here’s What You Need to Remember: To circle back to where we started, the U.S. Air Force should evaluate candidates for the light-attack mission as part of a larger flying force—not as aircraft that must fight or die bereft of support from fellow airmen. Surveying them in a vacuum begets an abstract, artificial, and misleading way of thinking about air power—as would be immediately apparent to aviators steeped in air-power theory.