The U.S. Army Has a Master Plan for Killer Battlefield 'Guns' 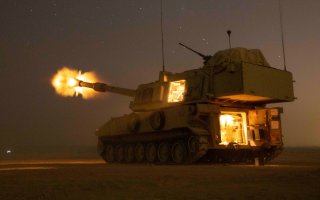 Here's What You Need to Know: The Extended Range Cannon Artillery doubles the range of previous howitzers.