As the U.S. Army Looks to Modernize, Production on the Paladin Begins 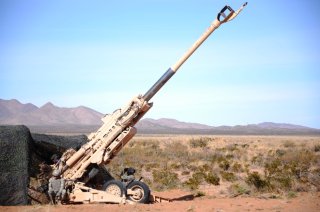 Her's What You Need to Remember: General John Murray, the head of Army Futures Command, testified before Congress that “our first modernization priority is to restore the Army’s Long-Range Precision Fires (LRPF) capabilities in order to regain our dominance in range, lethality, and target acquisition.”

It is generally recognized that the key to the U.S. Army’s efforts to prepare itself for a new era of great power conflict is a new set of long-range fire systems. General John Murray, the head of Army Futures Command, testified before Congress that “our first modernization priority is to restore the Army’s Long-Range Precision Fires (LRPF) capabilities in order to regain our dominance in range, lethality, and target acquisition.” To that end, the Army has a plan to upgrade or modernize its array of artillery, rockets and missile systems. Initially, it will improve the performance of existing systems. But within the next decade, the Army expects to deploy artillery, rockets and missiles that can reach out hundreds, maybe thousands, of miles and accurately strike their targets.

The first enhanced system, the M109A7 Paladin self-propelled howitzer, built by BAE Systems, has just entered full-rate production. The Paladin is a mobile, armored 155mm artillery system intended as the primary indirect fire support capability for the Armored Brigade Combat Teams (ABCTs). The M109A7 is a significant upgrade of the current version of the Paladin.  It uses the existing main armament and turret of a Paladin M109A6 while replacing the vehicle’s chassis components (including the engine, drive train, electric power generation and suspension) with components common to the Bradley vehicle. The additional power generation capability will support an improved capacity for electric gun drives and rammers. The M109A7 will incorporate a digital backbone architecture, on-board digital fire control system, and a sophisticated navigation system to provide firing data. The Paladin modernization program will also upgrade the M992A2 Field Artillery Ammunition Support Vehicle (FAASV) that accompanies the Paladin and carries additional artillery rounds.

While the new variant of the Paladin will have better overall performance than its predecessor, with a maximum range of some 30 km with the Excalibur rocket-assisted projectile, it is still outranged by existing Russian and Chinese artillery systems. This is why the Army is moving aggressively to develop the Extended Range Cannon Artillery (ERCA). According to Colonel John Rafferty, director of the LRPF Cross Functional Team (CFT), ERCA “takes our current efforts to modernize the Paladin and replaces the turret and the cannon tube with a new family of projectiles that will enable us to get out to 70 km. We see 70 km as really the first phase of this. We really want to get out to 120 and 130 km."

The concept for the ERCA (or as it is now labeled the M1299 howitzer) involves improvements to the Paladin gun system and the development of new munitions. The ERCA will have a new turret to accommodate a longer cannon barrel. The length of the Paladin’s current 39-caliber cannon will be increased by six feet to accommodate a 58-caliber gun. By lengthening the cannon’s barrel, there is more time for the propellant to push the projectile, increasing its velocity and therefore range. Current testing of the longer gun has shown no impact on mobility or performance.

In addition to the new barrel, ERCA will employ improved munitions. The ERCA program is developing the XM1113 Insensitive Munition High Explosive Rocket Assisted Projectile or XM1113 RAP. When this round is fired from the new 58-caliber cannon, ranges of up to 70 km have been achieved in recent tests. Improved propellants could increase this to 100 or more kilometers. This will allow the new system to out-range current Russian and Chinese artillery systems. The Army also is looking to add a precision guidance kit to its longer-range munitions to improve the accuracy of each round fired.

The Paladin will serve as the basic vehicle for the ERCA. BAE Systems has been given the contract to integrate the new turret and cannon on the improved M109A7 Paladin variant. The advanced technologies BAE Systems has provided as part of the M109A7 program will facilitate the development and eventual employment of the advanced M1299 ERCA. The Army hopes to be able to deploy the ERCA beginning in 2023.

The CFT’s goal for long-range fires does not end just with increasing the range of artillery and rockets. It is to improve their rates of fire as well as the accuracy of the warheads and projectiles. But increasing the volume of cannon fire is almost as important as improving its range. To that end, the CFT is experimenting with an autoloader for the ERCA.

The Paladin upgrade and ERCA programs are intended to fundamentally transform the conduct of deep battle. The Army also is beginning design work on scaling up its current efforts with ERCA to create a strategic long-range cannon with a range of up to 1,800 km. This system would be employed alongside new long-range rockets and missiles against extremely high-value strategic targets.

Complementing the Army’s efforts to improve the range, accuracy and effectiveness of its artillery are a series of programs to develop new rockets and missiles. The LRFP CFT is focused first and foremost on the Precision Strike Missile (PrSM). This system will replace the existing Army Tactical Missile System (ATACMS). The PrSM will have substantially longer range compared to the ATACMS (at least 499 km versus 300), with greater accuracy and the ability to fit two PrSMs in a canister that currently holds one ATACMS.

As the Army deploys artillery and rockets capable of longer ranges and greater precision, it will need to develop improved means for finding and tracking targets. The Army is looking at a number of options for improved long-range intelligence, surveillance and targeting, including low-orbiting satellites, the advanced sensors on the F-35 Joint Strike Fighter, and the Future Attack Reconnaissance Aircraft.

Given the importance of long-range fires to the Army’s modernization efforts, the entry of BAE System’s M109A7 Paladin into full-rate production is an important first step. Almost as important is the progress being made on the ERCA and on advanced, longer-range artillery munitions. These new capabilities, along with advanced rocket systems, will help the Army deter if possible but outfight if necessary, any great power adversary.

This article by James Durso originally appeared at Real Clear Defense. This article first appeared in 2019 and is being reposted due to reader interest.