The U.S. Army Is More Than Doubling the Range of Standard Artillery 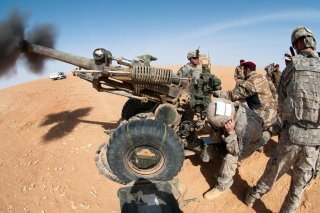 Here’s What You Need to Remember: Now, the Army is taking this technology several steps beyond this by not only more than doubling the range of standard 155mm artillery through a program known as Extended Range Cannon Artillery which has hit targets at 70km, but also through an effort to engineer what’s called a “shaped trajectory” Excalibur round.