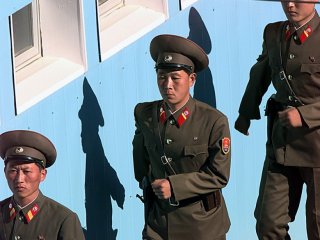 Here's What You Need to Know: When North Korean and American soldiers last met in open battle, it was seventy years ago and the Communists only faced poorly trained American and South Korean conscripts armed with World War II weapons. Today they would face professional American soldiers and well-trained South Korea conscripts. The cloak of night that concealed their movements in 1950 will be pierced by night vision sensors, radar and spy satellites. Mass attacks will be met by precise firepower from smart weapons.