U.S. Army's New Lightweight Tank Will Be Better Than the Abrams 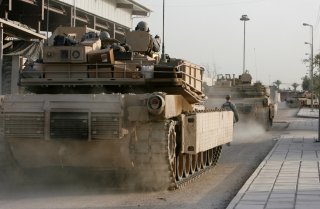 Here’s What You Need to Remember: One of the key technical challenges when it comes to engineering a mobile, yet lethal, weapon is to build a cannon both powerful and lightweight enough to meet speed, lethality and deployability requirements.

“Mobile Protected Firepower helps you because you can get off road. Mobility can help with lethality and protection because you can hit the adversary before they can disrupt your ability to move,” Rickey Smith, Deputy Chief of Staff, G-9, TRADOC, told Warrior Maven in an interview earlier this year.

Designs, specs and requirements for the emerging vehicle are now being evaluated by Army weapons developers currently analyzing industry submissions in response to a Request for Proposal released many months ago.

This first appeared in Warrior Maven here and is being reprinted due to reader interest.