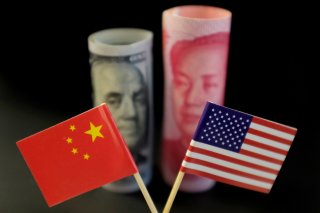 The Economic Freedom of the World: 2020 Annual Report, co‐​published today in the United States by the Fraser Institute and the Cato Institute, ranks Hong Kong, Singapore, New Zealand, Switzerland, and Australia as the freest economies in the world. The study ranks 162 countries and is based on data though 2018, the most recent year for which internationally comparable data is available.

The report finds that global economic freedom is up slightly and has been increasing since 2000. Though the pace of liberalization slowed compared to the 1990s, its continuation is good news, especially given the strong relationship between economic freedom and well‐​being. By contrast, economic freedom in the United States fell in 2018 after it only recently began to revert its notable decline since 2000.

The United States, now 6th on the index, saw declines in most areas of economic freedom—including the soundness of money, rule of law, trade openness, and regulation—compared to the previous year when it ranked 5th.

Another source of concern is Hong Kong, according to the authors of the report—James Gwartney, Robert Lawson, Josh Hall, and Ryan Murphy. Although Honk Kong is ranked first, they note that, “The ratings in this year’s report are based on data for 2018. Thus, Hong Kong’s rating is unaffected by the 2019 proposal to transfer certain legal cases to the mainland and the protest and sometimes brutal suppression that followed; or by the new security law imposed in 2020 by the Chinese government.” They add that “it will be surprising if the apparent increase in the insecurity of property rights and the weakening of the rule of law caused by the interventions of the Chinese government in 2019 and 2020 do not result in lower scores” in future editions of the study.

This year’s report also includes a chapter by Niclas Berggren and Therese Nilsson on how economic freedom generates social trust and tolerance.