The U.S. Is Facing $400 Billion in Massive Unemployment Fraud — Or So They Say. 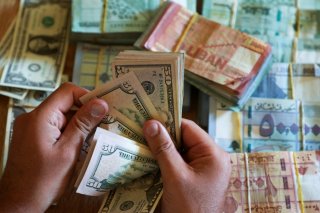 Here's What You Need to Remember: These claims from massive fraud are poorly sourced and coming from companies with a vested interest in making you feel afraid about being defrauded?

A piece was published in Axios last week that made a shocking claim: That as much as half of the money distributed as part of unemployment claims since the start of the pandemic may have been stolen by fraudsters, with a large chunk of that money even ending up in the hands of international crime syndicates.

Axios alleged that as much as $400 billion may have been stolen from money meant for unemployed Americans, which would certainly represent one of the biggest scandals in U.S. history.

However, questions were raised almost immediately about the story, especially its thin and questionable sourcing.

The figures quoted do not come from any official government report, or a third-party analysis, or a criminal indictment against one of those gains. Instead, they’re provided by the CEOs of a couple of firms, ID.me and LexisNexis Risk Solutions, both of which have a vested interest in getting businesses and the government to fear cybercrime and therefore get into business with those very companies.

Furthermore, most other estimates have listed the amount of money stolen from the unemployment funds in the single- or double-digit billions, rather than anything close to $400 billion.

On Thursday, Axios published another piece, from the same author, titled “A Deep Dive Into Unemployment Fraud.” The piece appeared meant to respond to critics of the original report; AM Deep Dive is a daily feature hosted by Axios to examine specific issues in the news.

“Last week, when I reported on the astonishing extent of unemployment fraud over the course of the pandemic, I was met with a chorus of both supporters and critics asking for more information on what has been going on,” author Felix Salmon wrote.

The piece, presented in slideshow format, attempts to back up the assertions of the first piece, although strangely the “deep dive” appears to be shorter than the original article was.

“The government has not officially audited the issue. But there are good reasons to believe that the number is enormous,” he wrote. He went on to cite a recent Department of Labor report that found that “20 states did not perform what was required of them in terms of detecting improper payments, and 44 states did not do what was recommended (but not required).”

Another slide finds that Arizona experienced a massive decline in unemployment claims received by its office between November and December. The reason why, per Axios? The state hired ID.me—the company cited as a source in the original story—to “filter new applications.” Another slide shows other states that saw big drops in unemployment claims once “fraud controls” were introduced.

“Fraud doesn't happen evenly. Every state has a different system for claiming benefits, and tends to see a surge in fraudulent claims when a criminal syndicate manages to hack that particular system,” the piece says. It also argues that the fraud can be easily seen in economic statistics.

Then, Axios for some reason lists ID.me's valuation.

“ID.me, a private company founded to make it as easy as possible for individuals to prove who they say they are, was most recently valued at $1.5 billion. It has emerged over the course of the pandemic as the leading provider of anti-fraud software for state unemployment offices.” The piece adds a disclaimer that ID.me “does not directly profit from fraud.”

Another slide lists instances in which people with famous names applied for unemployment. There was the episode when the governor of Kentucky claimed that someone applying for benefits under the name “Tupac Shakur” was seeking to commit fraud. However, it turned out that there really was a man living in Kentucky named Tupac Shakur, not to be confused with the late rapper, and the Kentucky Shakur was in fact eligible for benefits.

However, a separate case in which a California woman used the name and information of Senator Dianne Feinstein in order to improperly claim unemployment benefits was in fact what it first appeared to be.

Some critics of the first Axios fraud piece were less than convinced by the second one.

“This is all inference and conjecture,” communications advisor Dan Lavoie wrote. “If hundreds of billions of dollars were being stolen (rather than perhaps merely some shady applications) we should be able to find countless real-world examples. You have two (Tupac & Feinstein)....and one of them isn’t fraud.”

“The result of promoting this narrative will not be ‘let’s fix the fraud problem and make sure the money gets to the right people.’ It will be that Congress decides that it’s unwise to pump a massive influx of money into state unemployment coffers during a crisis, and that the next time we deal with something like this, we shouldn’t do that and instead make people jump through a million (or 400 billion) hoops to get their money.”

“This ‘deep dive’ is a *slideshow* that ends in a guileless de-facto ad for an online identity company - not counting the 3-4 barely-labeled ‘actual*’ ads that go along inside the slideshow in the same font, format and color scheme as the 'deep dive,’” Twitter user M. White said.  “Look, I don’t know if there was 12-digit fraud in unemployment benefits, but if your 'deep dive' on the topic is a slideshow, neither do you.”