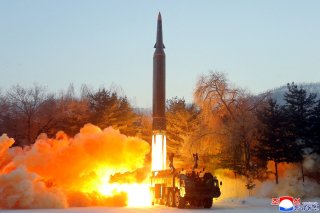 Here's What You Need to Remember: “The launches are in violation of multiple U.N. Security Council resolutions, and these activities highlight the destabilizing impact of the DPRK’s illicit weapons program,” Defense Department spokesman John Kirby also said in a briefing.

This article was published late last year and is being reposted due to reader interest.