The U.S. Military Has Plans to Deter Russia's Military Resurgence 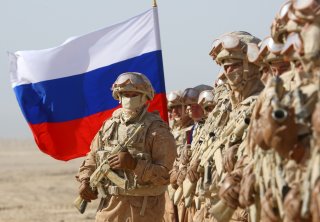 Here's What You Need to Remember: The decision to deploy key elements of an armored division to Poland is a step in the right direction. But it is only the first step. The next one should be to deploy a second rotational ABCT simultaneously to Poland.

This article by Dan Gouré originally appeared at Real Clear Defense. This article first appeared in 2019. It is being reprinted due to reader interest.