The U.S. Military Is Not Prepared for Chemical and Biological Warfare 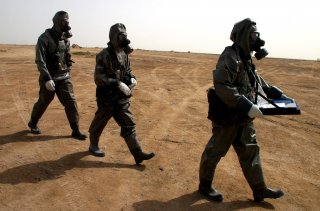 Here's What You Need to Remember: Chemical warfare is growing more common while it’s becoming easier for terrorists to cook up home-brewed bio-weapons in their basements.